This proposal for the new Wien School of Arts attempts to leave as little footprint as possible whilst maintaining as much of the existing public square’s space. Following this pursuit, the more private programs; such as the workshop and office spaces are placed underground, making necessary use of skylights and an atrium to bring in natural light. The more public functions such as the restaurant and book shop are then placed above ground to interact with the surrounding public square. 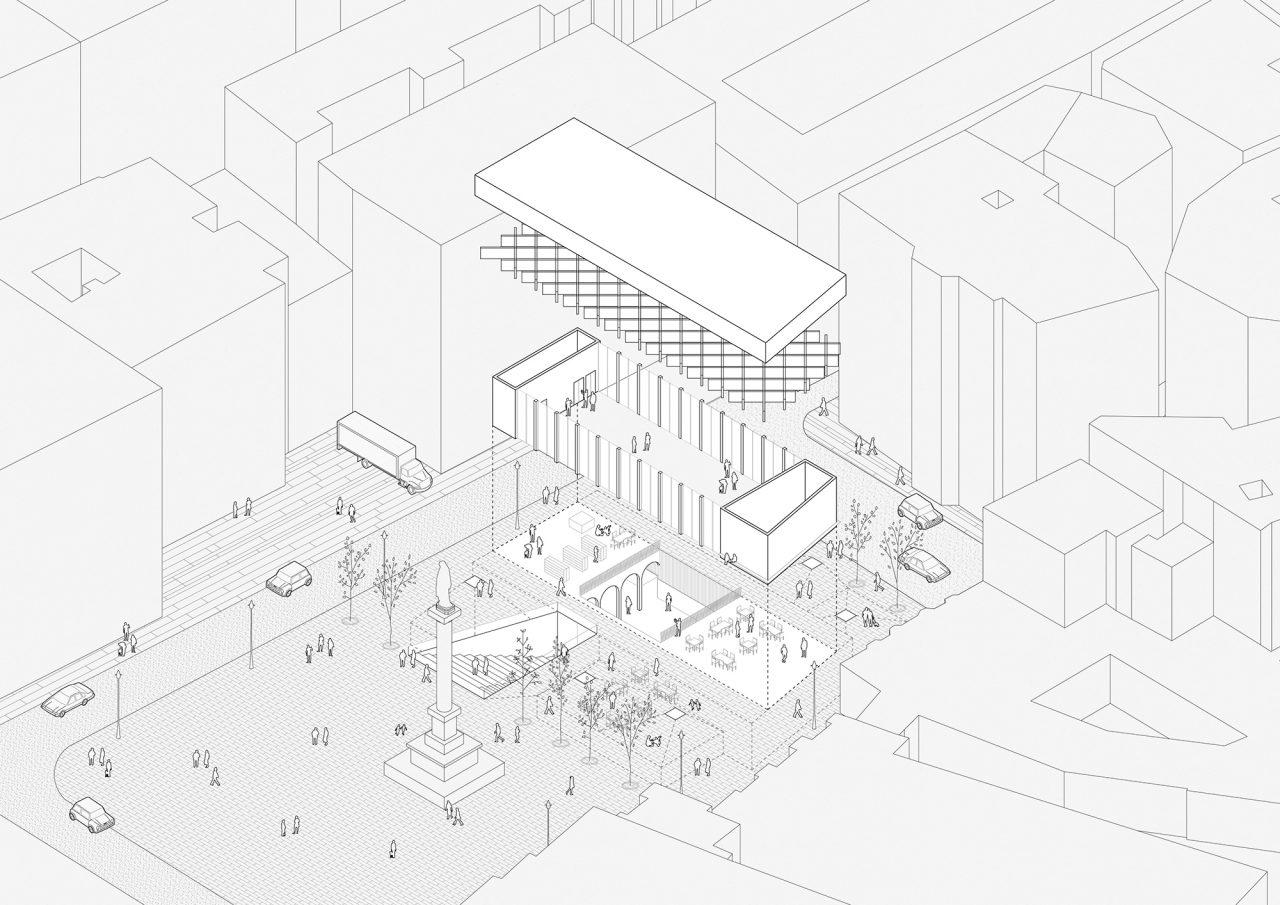 Inspired by the Viennese Secession, the project makes small references to various features such as, the use of gold that was so prevalent in the movement’s art and architecture, as well as other decorative elements. The space that hosts the famous Beethoven Frieze within the Secession Building also became an interest to the project, creating a contemporary replica using glass and the scenes of everyday life to form a continuously moving and ever-evolving frieze.

Harkening back to the Secession Building itself as a temple for contemporary art, the exposition hall exists as the central anchor point of the project, becoming the main connecting space between the school of arts and the public.  Glazing on the street level (that forms the contemporary frieze) allows passers-by to curiously peer into the atrium space and discover the various creative works the school has produced. In a similar sense, students working below have a constant visual connection to the happenings outside, with the continuous chatter of people filtering down into the hall. This 11m high atrium offers an adequate amount of space for large art installations with the glazing providing an ethereal quality to the exposition area as light changes with the passing days and seasons, hereby influences the atmosphere of the space below. 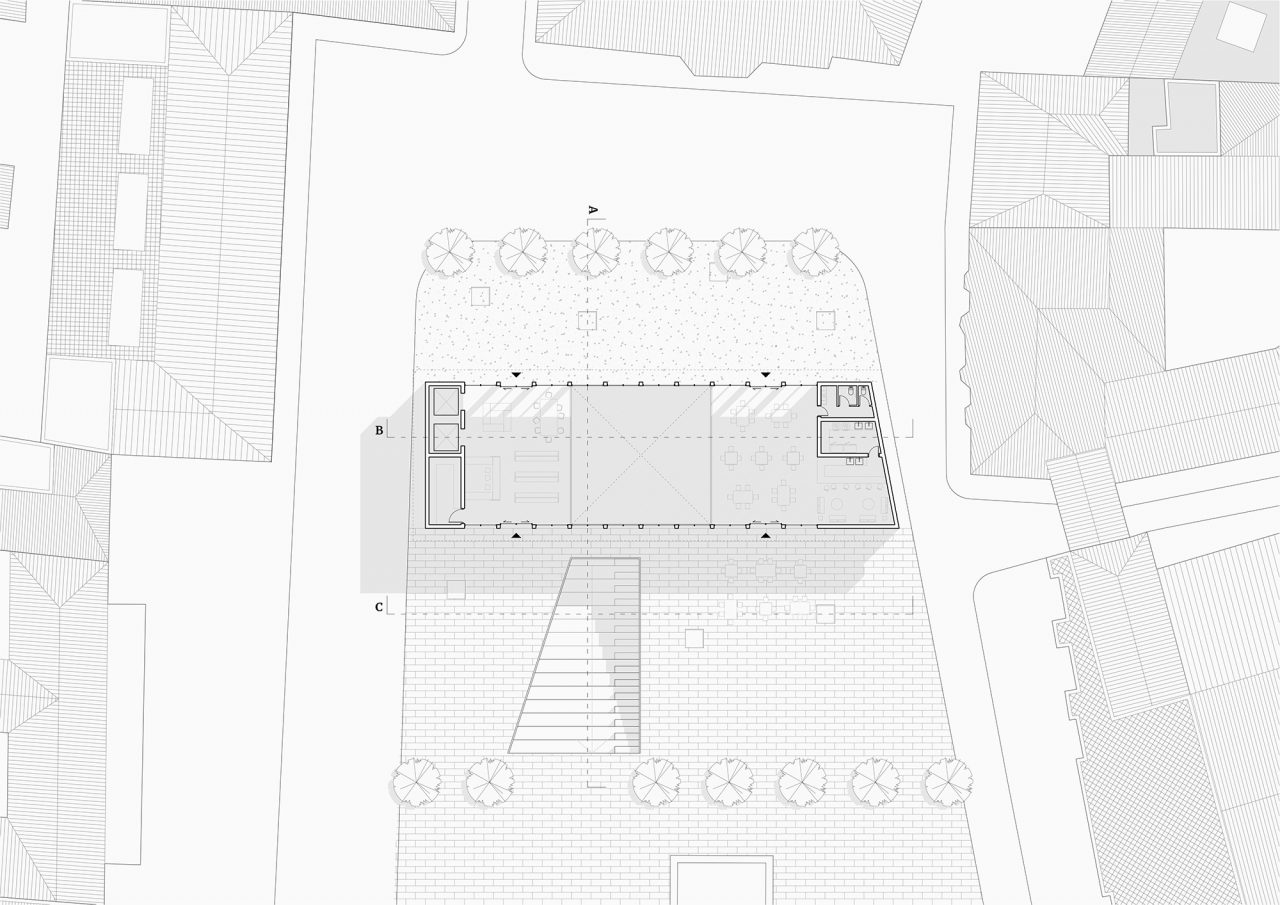 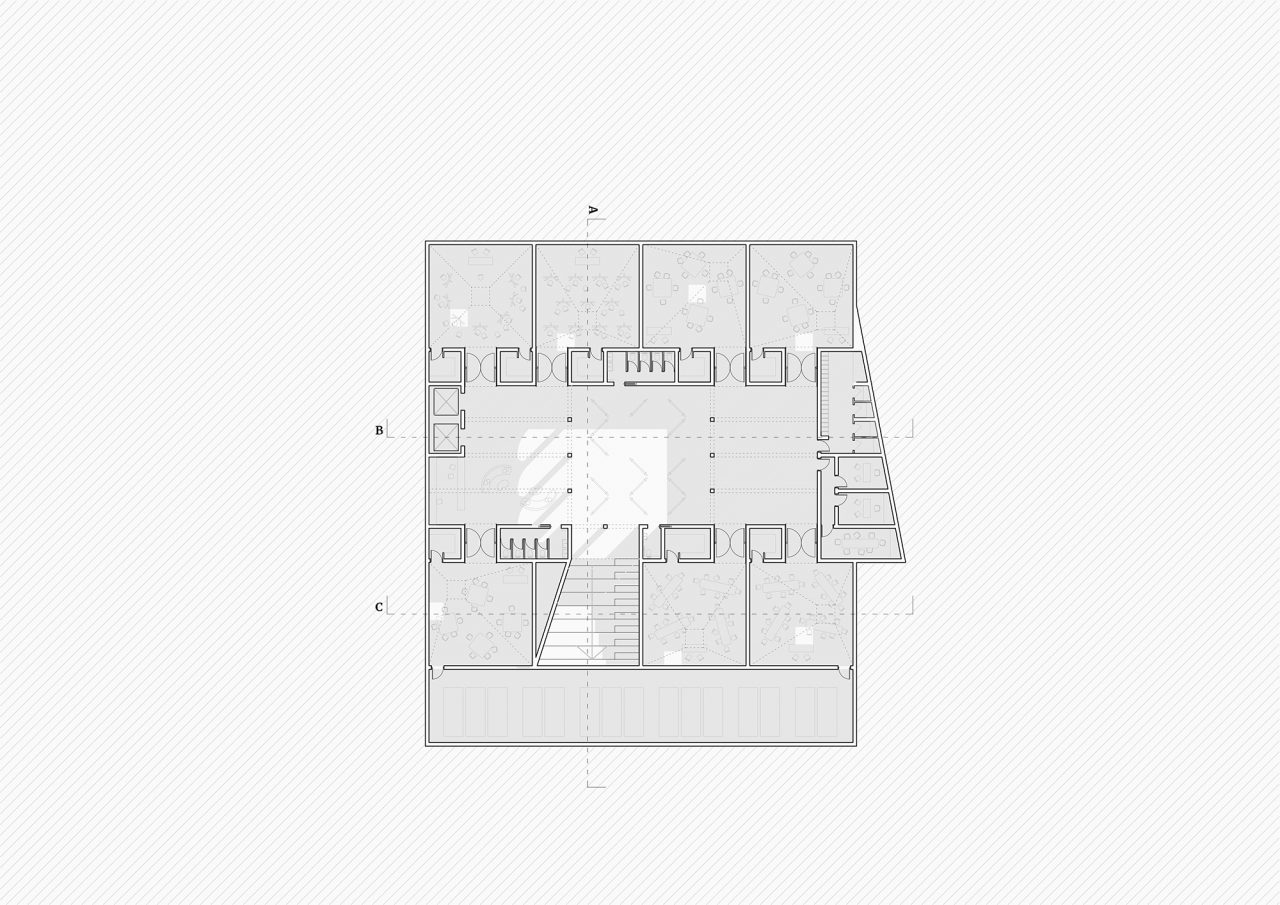 The workshop spaces, being the more private of the functions, border the exposition hall on either side and cannot be seen by the public at street level. However, skylights for each workshop are provided, allowing natural light to filter in from above and illuminate the interior. 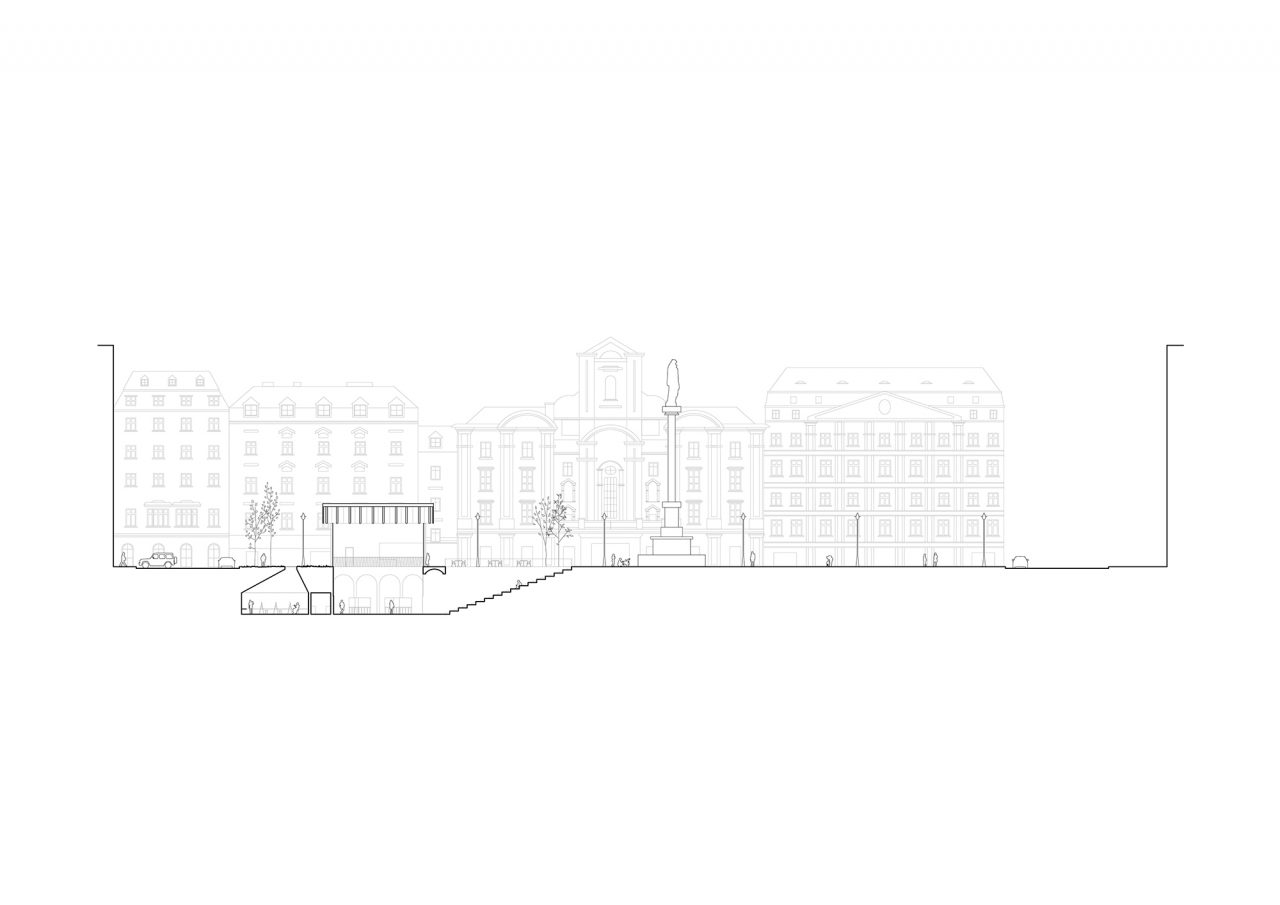 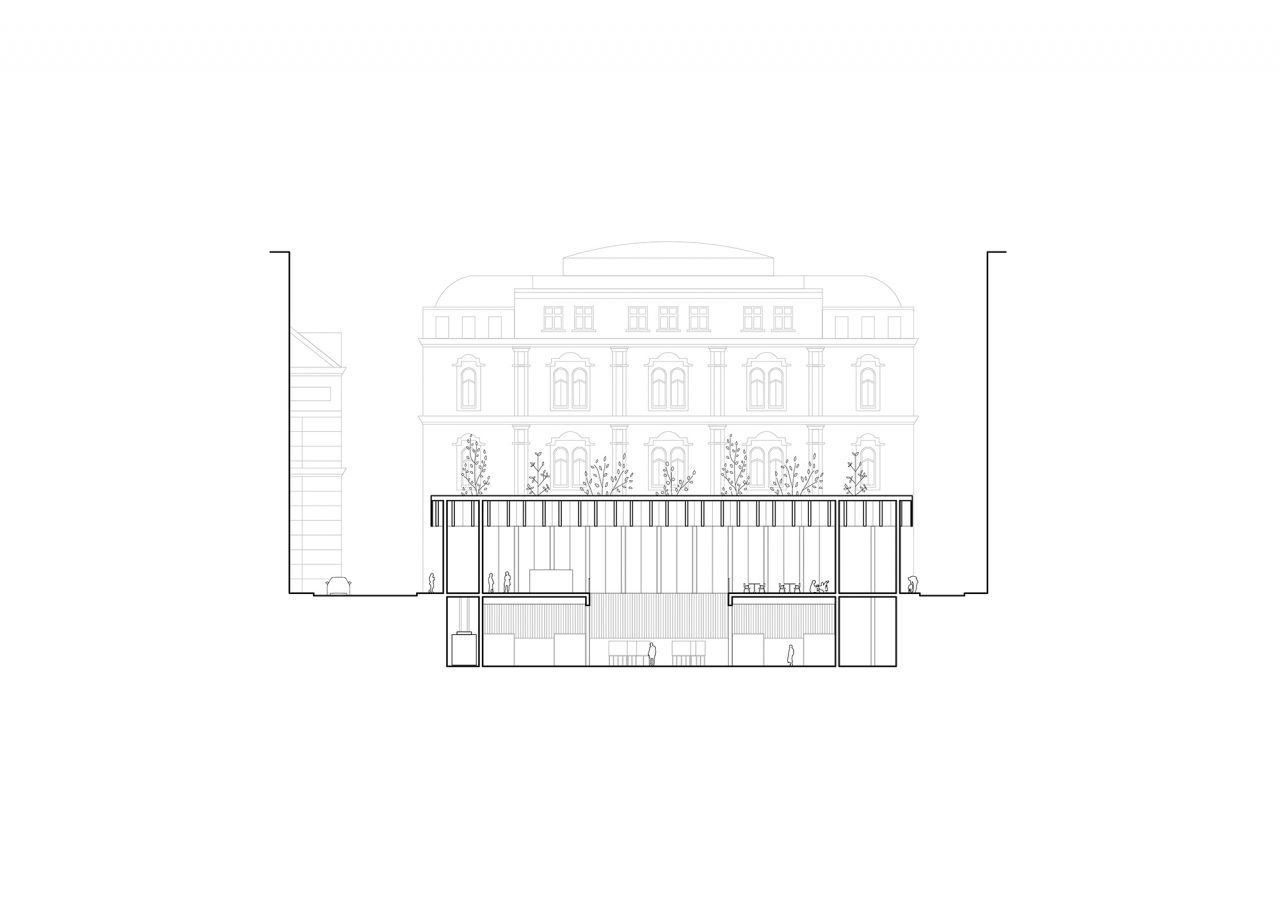 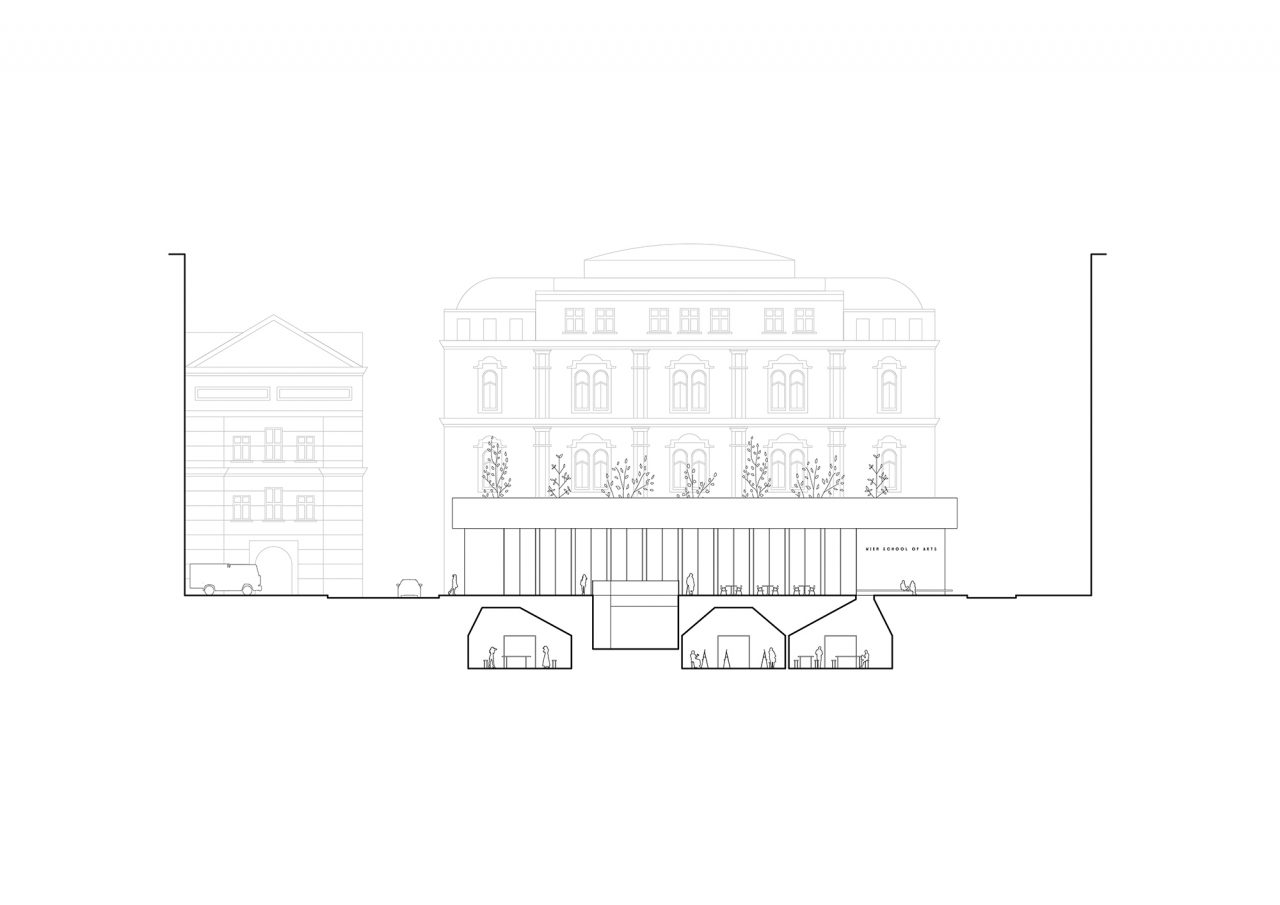 On the street level, the makeup of the intervention consists of a ‘full and void’ system. The ‘full’ protrudes up offering public functions to the urban square, and the void provides access to the underground school functions. Together they work to divide the space into three intimate public squares, one relating to the Am Hof Church, the other to the Wien Central Fire Station and the last forming a small green oasis on the edge of the square. 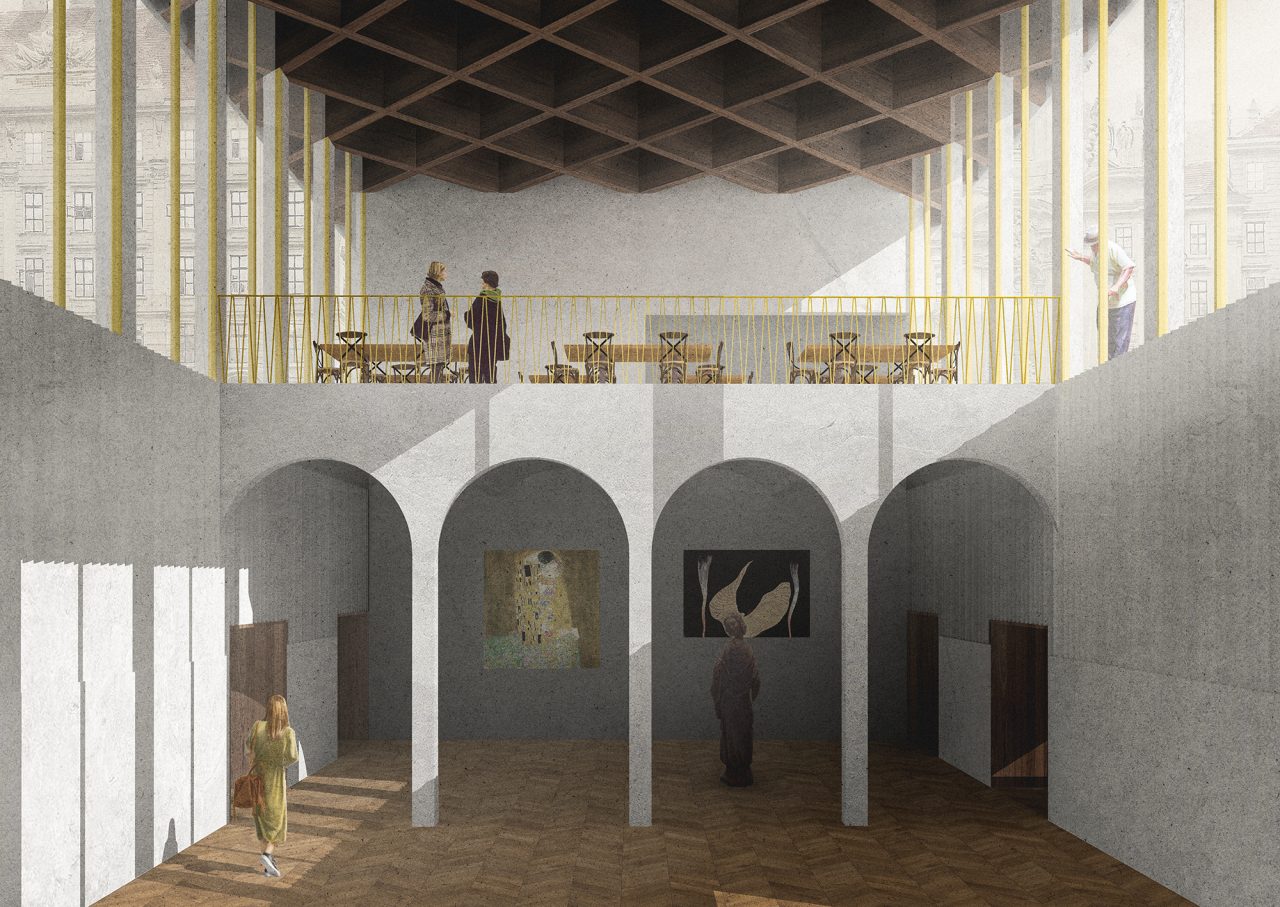 The protruding volume consists of a monolithic block that appears to hover over the atrium area and provides shelter from the elements. Square skylights that provide light to the workshop spaces below are placed subtly around the volume and viewed from the street level as simple glass pieces set into the pavers. 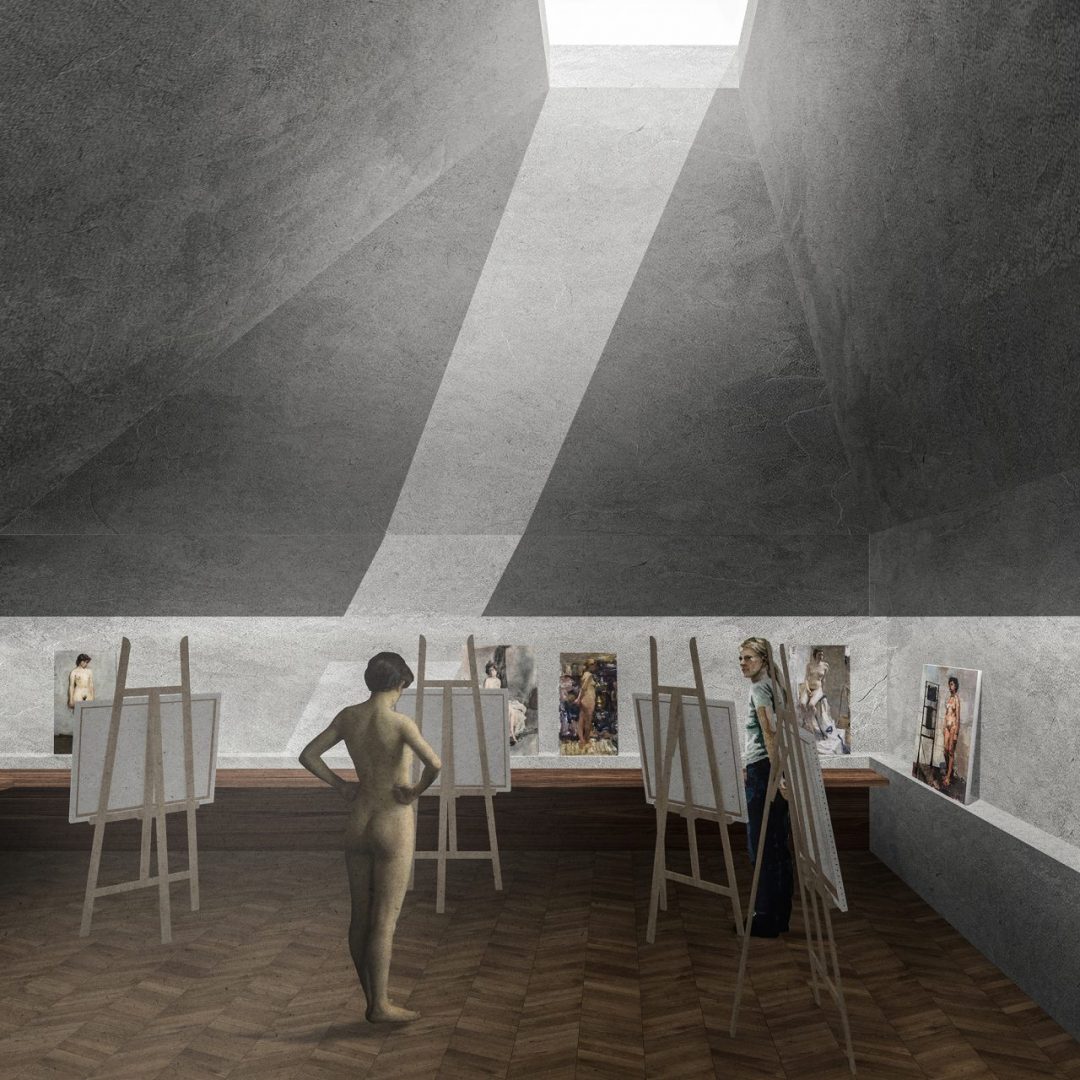 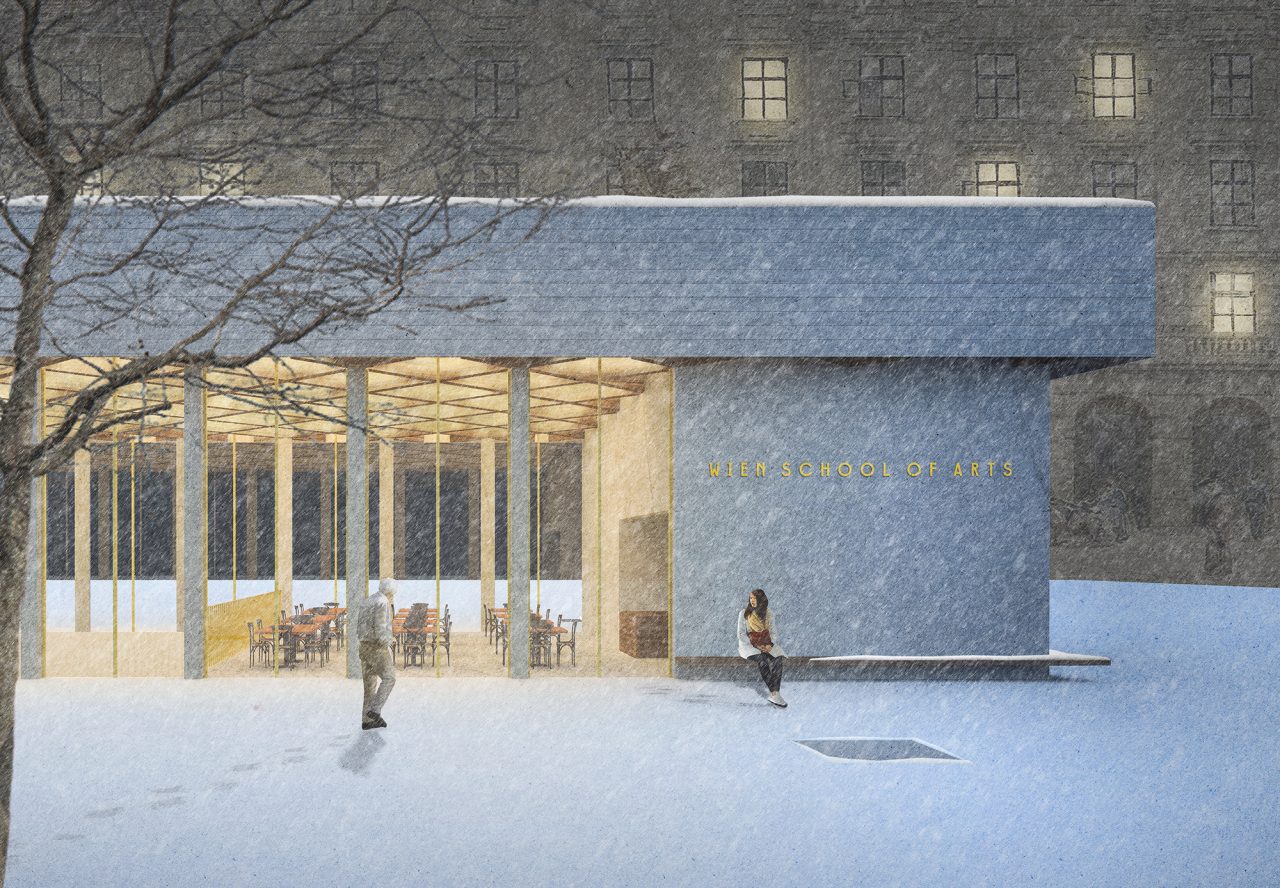 OXX is a young office based in South Africa, founded by Christopher Taylor & Alice Huang. Having obtained their Masters in Architecture from Politecnico di Milano and worked for one year at BIG in Copenhagen, they are currently looking for new opportunities and at the same time offering visualisation services to other studios. When creating visualisations, each image goes through a gruelling process of experimentation with light, composition and materiality so that the resulting images are the ones that effectively embody the atmosphere of the architectural project they represent. 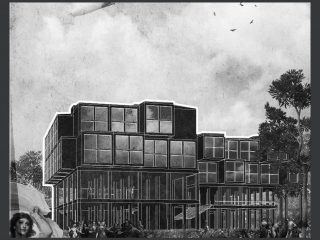 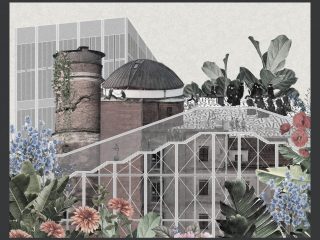