This urban project radically questions the current meaning of ‘less’ or ‘living with less’ in the Flemish housing culture. The need for more compact living should give us the opportunity to become more economically independent and to create a way of living which is independent of speculation and market influences.

In “Rooms and Resistance”, a landscape of rooms is created through the object landscape of the allotment. An architecture consisting of sequences of spaces is constructed instead of grouped buildings where diversity and differentiation is achieved through simplicity and coherence. Each room translates a typical element of the house and enlarges it to the scale of a ‘world’.

So there is a tension between the minimum comfort that is offered in the private home and the maximum that is created in the rooms. Existing villas are also included in the structure which creates the possibility to accommodate facilities in this structure. The structure itself is an open structure in which residents can mediate, grow and shape their own living environment.

Based on the compaction dynamics of the allotment, the project is taking the opportunity to create an economically independent way of life. In this way the design searches for the possibility of a property, ownership and family household ‘liberated’ environment and uses renouncing space as an opportunity to develop a radically new way of life.

Cente Van Hout studied his master at the University of Hasselt. All his projects strive in their own way for authenticity and simplicity; and contrast the physical and socioeconomic context. “In the architecture, the boundaries of the unknown are explored” and e tries to challenge the obvious. “The architecture therefore has no intention of merely manifesting itself as an object, but forms a framework in which the context is given the opportunity to reinvent itself and in which the ‘other’ can take place”. 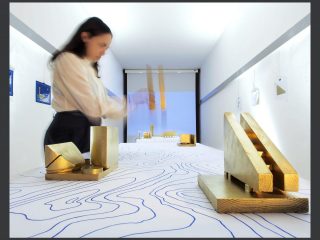 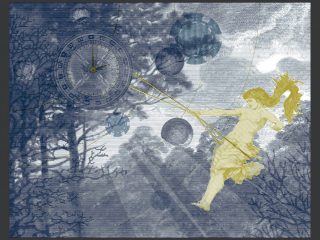