This is a project of City Room. The main goal of my project was to create a temporary architecture that combines the functions of a public space and an instrument at an intermediate stage of reconstruction. It includes workshops, theatre, café, laundry, hotel, gym, atelier, pottery, bar, etc. And it looks like a combination of a theatre, an altar, an attraction and a secret garden. 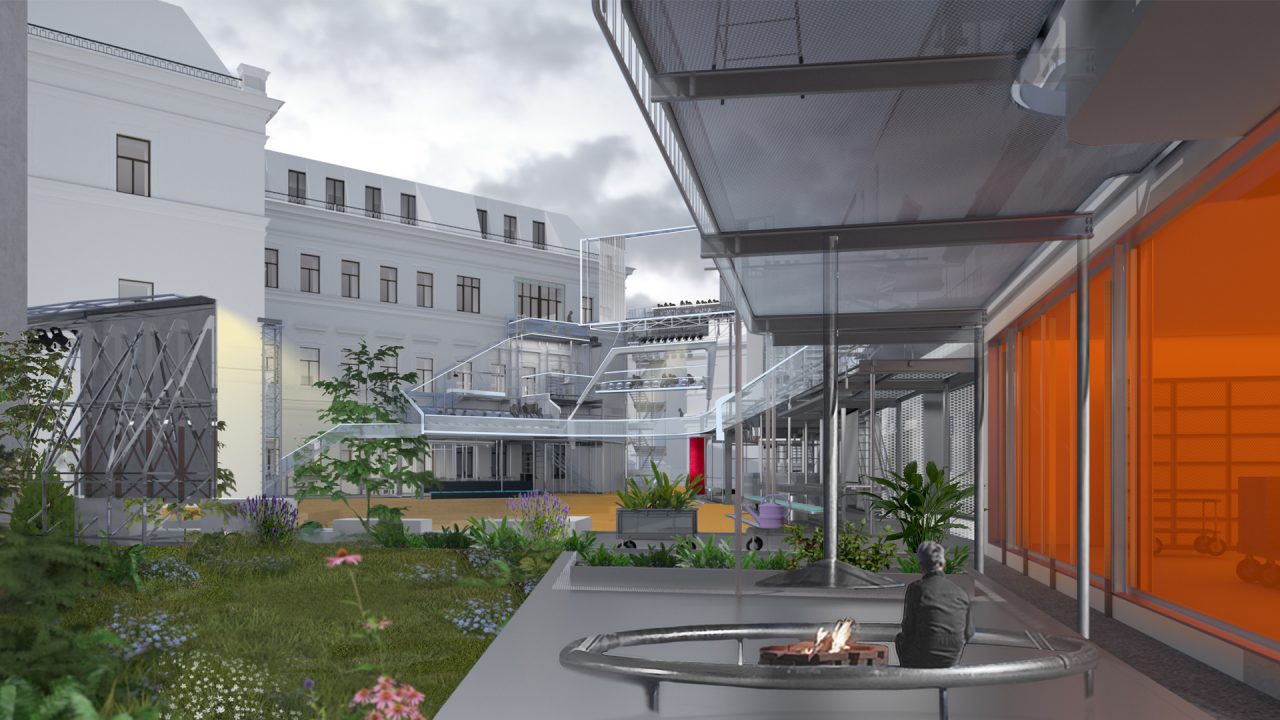 Reconstruction is always perceived as something that works according to strict rules. The project focuses on the topic of experimental preservation, which formulates new rules for the game for reconstruction and changes preservation.

The most valuable thing in an experiment is the process. That is why I decided to fix a transitional stage when the future is just being formed.

The project wants to create a temporary architecture that combines the functions of a public space and an instrument at an intermediate stage of reconstruction. The result of the work was a city room in an abandoned courtyard on the street. Solyanka in Moscow is a rehearsal area for the future reconstruction of this place. 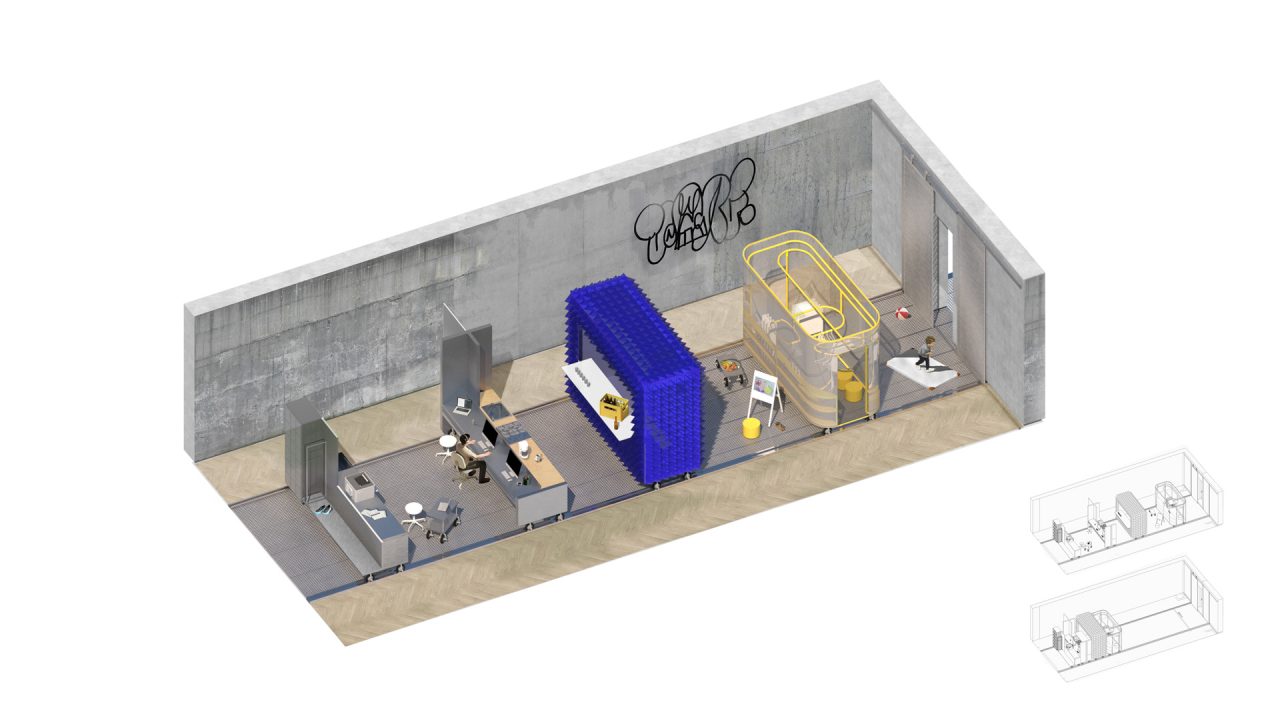 In parallel, all the necessary approvals are being made in the administrative bodies. And it is at this stage – examination and approval – that the projects started hang for a long time. Abandoned buildings and construction sites can have a chance for a second life only in case of successful solutions to all preparatory work.

One of the main goals of this project is to identify the intermediate stage of reconstruction and come up with a method of working with the abandoned area at this stage.

As a tool, I chose to create a transition object.

The concept of which is described in the book “Experimental Preservation” by Jorge Otero – Pailos. This facility tests the space and predicts the future use case of the building. Becoming a rehearsal space for renovation. 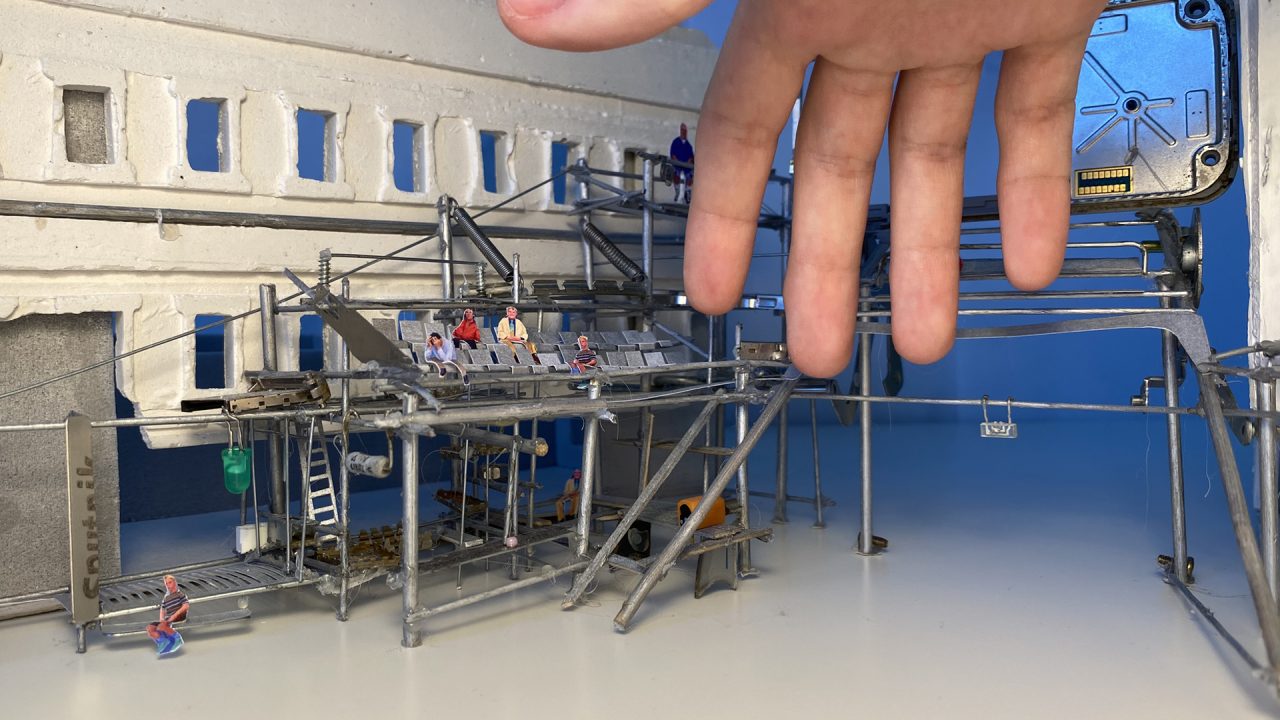 This architecture can also be called adolescent because of its temporary experimental nature.

The uniqueness of this proposal lies in the fact that this object, being experimental, will have a hyper-saturation. This will allow you to test the space, make a more accurate selection of functions and predict the most suitable scenario for this location.

Next to the architectural bureau in this project, there is a model workshop, where architects and restorers experiment with forms and come up with a reconstruction project. And you can watch this process in real time and imagine what this courtyard will be in the future.​​​​​​​

The model consists of mechanisms and details of current instruments, because they look like a construction of temporary architecture in a small scale. For example, I made a sink from a small switch.

Olga Sizoy – architect and set designer, based in Moscow. Her work is about visual rhyming and the creation of action space. She studied as a theatre director in GITIS and as architect in MArchI. 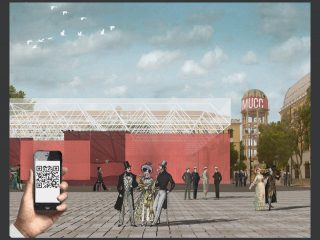