How can a national Exposition and its by-products become vessels to define long-term cultural and stylistic values for the definition of Britain as a nation? Expo ‘36 takes place in Milton Keynes in 2036 to represent a constructed image of Britishness. The project is explained through the eyes of Brian Wilson, a journalist that visits the Expo briefly after its opening date, the 23 June 2036.

Brian, nostalgic towards a sense of tradition and Britishness, and willing to reaffirm such notions in a period in which they are constantly being questioned, takes for granted that everything in the Expo has a truly national character.

Materials such as Soft Concrete, an endless set of totemic teapots, and perpendicular gothic column forests, being all these newly invented objects of Britishness, are for Brian parts of England’s communal memory and identity, as they are scattered both around individual homes and public places, in the same way as the pavilions act as narrative triggers in the Expo.

These clues lead him back to the often-forgotten narrative of the innovative past of the country, undetachable from its tradition, which is praised in the Expo’s five different pavilions. But in this constructed scenario has Brian stopped for a moment to ask himself if a mere material such as concrete or an object such as a simple teapot can ultimately represent something as intricate and wide as British culture? Is Brian sure that this selective and exclusive Expo will be representative of something so complex and intricate as the same idea of Britishness as shared by everybody else? Finally, is this Expo not just a mere participatory utopia of a simplified populist architectural agenda that excludes a wider understanding of such notions?

The entrance of Expo ’36 “Who could fail to be charmed by the legendary Water Knob sculptures in front of the Expo’s entrance? When I first arrived in Milton Keynes for Expo ’36, the Festival embraced me in its stylistic diorama that I felt was truly representative of British culture. I was curious to see more”

Milton Keynes as site for Expo ’36 Before the Town Act of 1963, Milton Keynes was indeed a mainly agricultural land, but got constructed into a Modernist city after the home shortage of WW2, for the citizens of London to be moved somewhere close. The modernist approach, but especially the use of concrete, has been actively criticized by Brexiters as being a failure of the past, and instead a more traditional style has been praised.

The inspiration for this project came after Brexit became a truth. Being an international student studying in vibrant and multicultural London, I decided to explore the dangers of what it would mean to call and define a Style as “unitary” and “national” nowadays.

Starting from a provocative video released by UKIP supporters in which Modernism and concrete were defined as an “eyesore”, I decided to locate my Exposition in Milton Keynes, one of the most experimental, and potentially the biggest Modernist project across England. In terms of drawing style, one key reference was the study of the 1984 Sussman-Prejza’s Los Angeles Olympic design, where graphics and colours became ways of branding the crafted identity for the city.

Other sources of inspiration came from Sam Rodia’s Watts Towers, Adam Firman’s models and graphics, Elsewhere Architecture’s colourful and detailed drawings, and Ettore Sottsass as a general reference. Something that helped the project develop further is the tool of the score, a descriptive and analytical drawing which puts together what is necessary to develop a strategic agenda to drive the intent and the desired impact of the project, invented by my tutors Tyen Masten, director of PHASE3 Architecture, and Inigo Minns, architect and currently Diploma tutor at the AA.

The opening day of Expo ’36 “The site on Campbell Park was plotted like a series of enclosed pavilions, opening one from another, and contained into a glass box that functioned as a time framer. The Grid remained an “off-stage presence”, unstressed, vital to the Expo’s sense of itself.  The view across the city was acknowledged as a backdrop, as a comparison between the new and wanted with the old and weary generic urban fabric of the Old New City. Inside artificially fabricated clouds were blurring the boundary between sky and ceiling, and rainy storms happening here and there between the Pavilions reminded me of the awful yet familiar burden of the English weather” 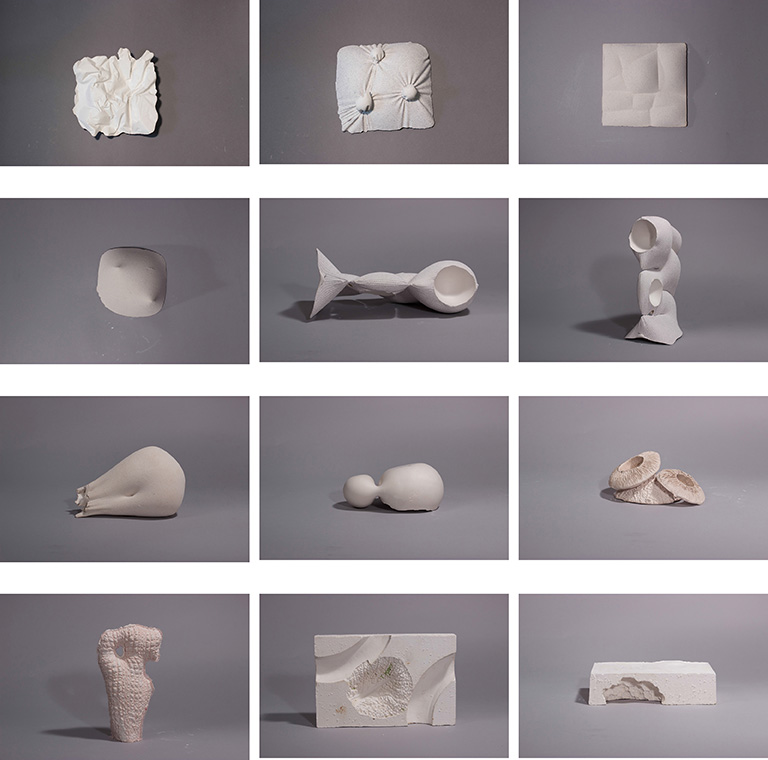 A new material for Englishness: Soft Concrete The invention of a new way of making concrete comes indeed after a provocative critique supported by Brexiters about this material not being traditional enough. Through this new technique concrete takes the shape of corduroy, doilies etc and becomes more site specific. 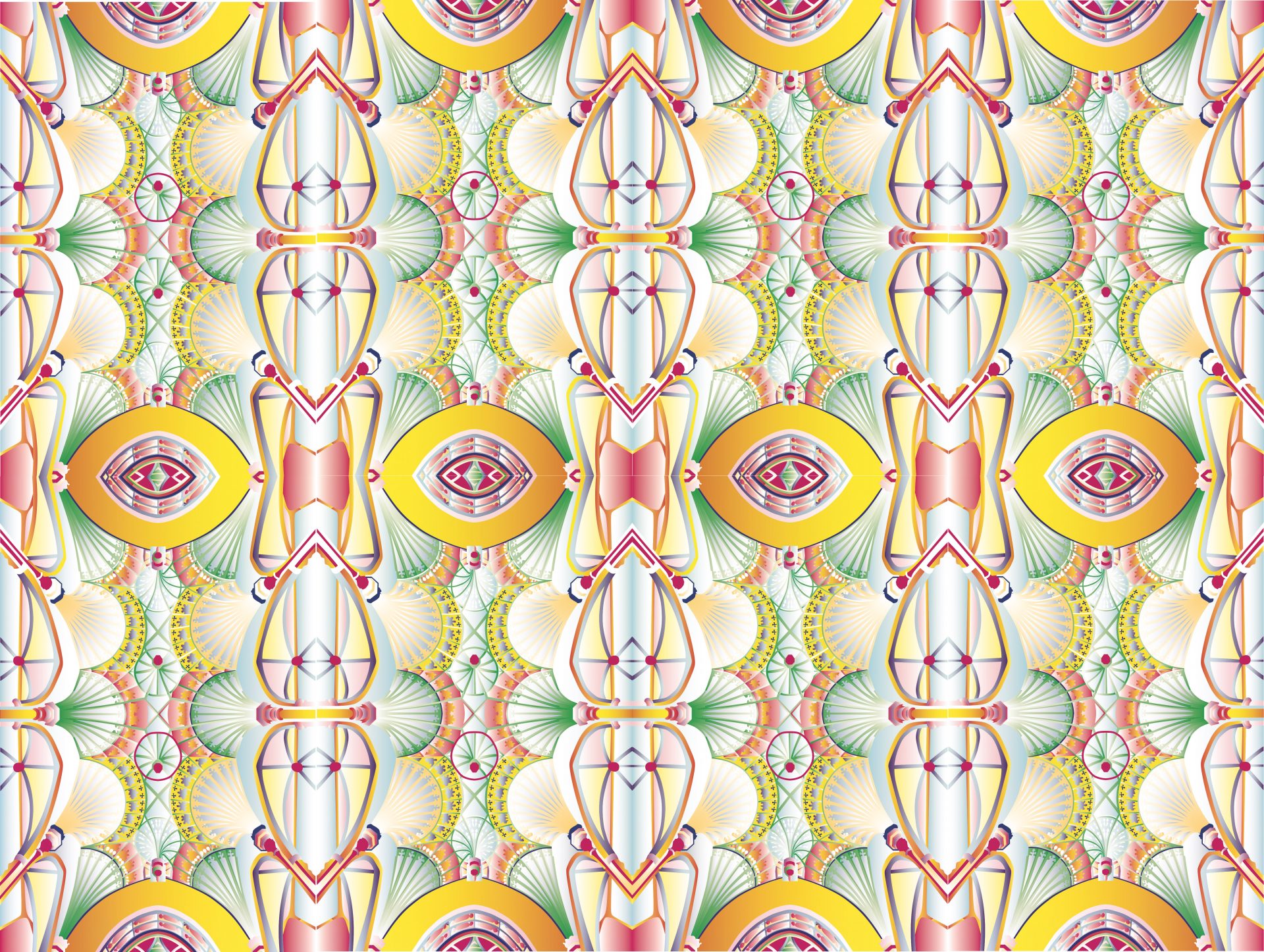 Innovative Tapestries and Wallpapers Wallpapers take traditional aspects of England such as William Morris, Tudor architecture and perpendicular gothic and alter it to create a New vernacular pattern.

Brian Wilson surrounded by his Very British souvenirs after Expo ’36 “My home is now full of tea pots and other souvenirs from Expo ’36, and I believe in their importance more and more as I venture through my everyday life. Almost like totemic objects, they act as powerful agents of British culture, as constant reminders of my identity”.

Theodora Giovanazzi is currently a third-year student at the Architectural Association in London. Her main focus of interest revolves around the use of architecture as a creative tool to provoke, question engrained certainties and stimulate doubts. Through her projects and their utopic scenarios she tries to challenge and address the notion of identity in our contemporary society while exploring the anthropological possibilities of architectural practice. 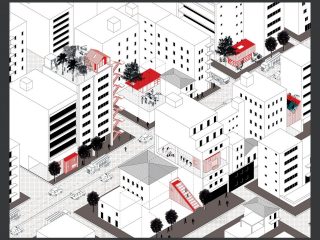 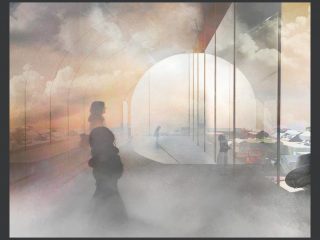