The students housing was developed on a degraded area in the historical centre of Palermo. On the plot, there once was a church, that was destroyed in 1929, but a few pieces of it were saved. Over its ruins, some poor parasitic structures were improvised by the many minority populations, established here. This case is not unique in the historical centre of Palermo. There is a heterogeneity between all these improvised shelters and the Sicilian architecture. The proposed project is limited to the west by an 18-meter-high building, at north by a market, at the east and south by some three floor residential buildings.

“It’s supposed to be automatic, but actually you have to push this button”– John Brunner.

This is the quote that best represents this project. It can be defined in the following way: nothing is automatic. A community can be put into operation by architecture, which becomes the button that we click on. The students housing was designed inside a grid. This transforms spaces into something domestic and binds them in such a way that a community is created. As Franz Erhard Walther used his famous textile materials to link a group of people, the project uses the grid to create connections between spaces. This gives homogeneity to space. 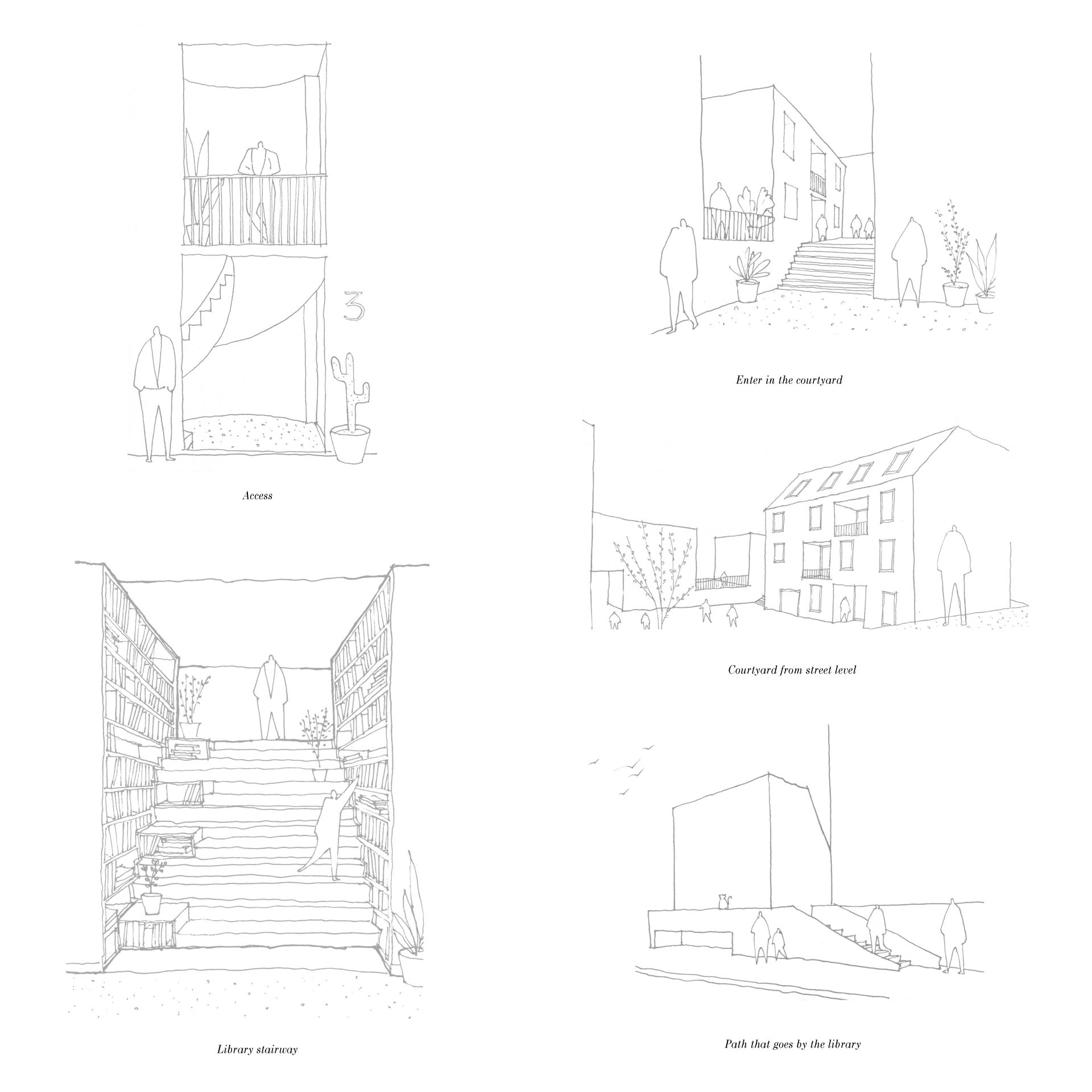 In addition to the students housing, a small library opens to the market to “upcycle” the space that is a junk space at the moment. A corridor makes the connection between the market and the inner yard, which is submerged 2 meters. Inside the courtyard there is a tree that overshadows a simple wooden bench. Also, from the here one can access all student housing. To the south, a staircase leads to a secret courtyard, partially covered. This is at the street level, and the walls that surrounds it are the walls of the old church. A bench and another tree are waiting to be discovered by the people passing by.

The graphic representation is attempting to recreate as delicately as possible the sensitivity and atmosphere inside the students housing. The perspectives evoke simplicity, and the joy of living.

Stefania Boca studies at the Faculty of Architecture and Urban Planning in Cluj, Romania. She is currently attending her 4th year in Italy, at “Università degli Studi di Palermo”. Her purpose is to tell a story with the help of architecture. She has always been attracted to interesting stories, always aspired to seduce one’s senses with words and illustrations. 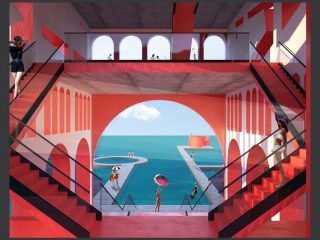 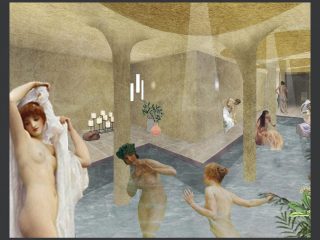 Next Project (n) A Hammam in Yazd