While technological development and the rising Second Machine Age are already firmly affecting the notion of labour and the consequent disposition of our cities and territories, the remote island of Hammerfest, in the Arctic regions of Finnmark, prefigures the conditions for a radical rebirth. The full extent of automation, resulting in a post-labour organisation of economy, envisions the return of the homo ludens and enhances play as a fundamental base of the new society. 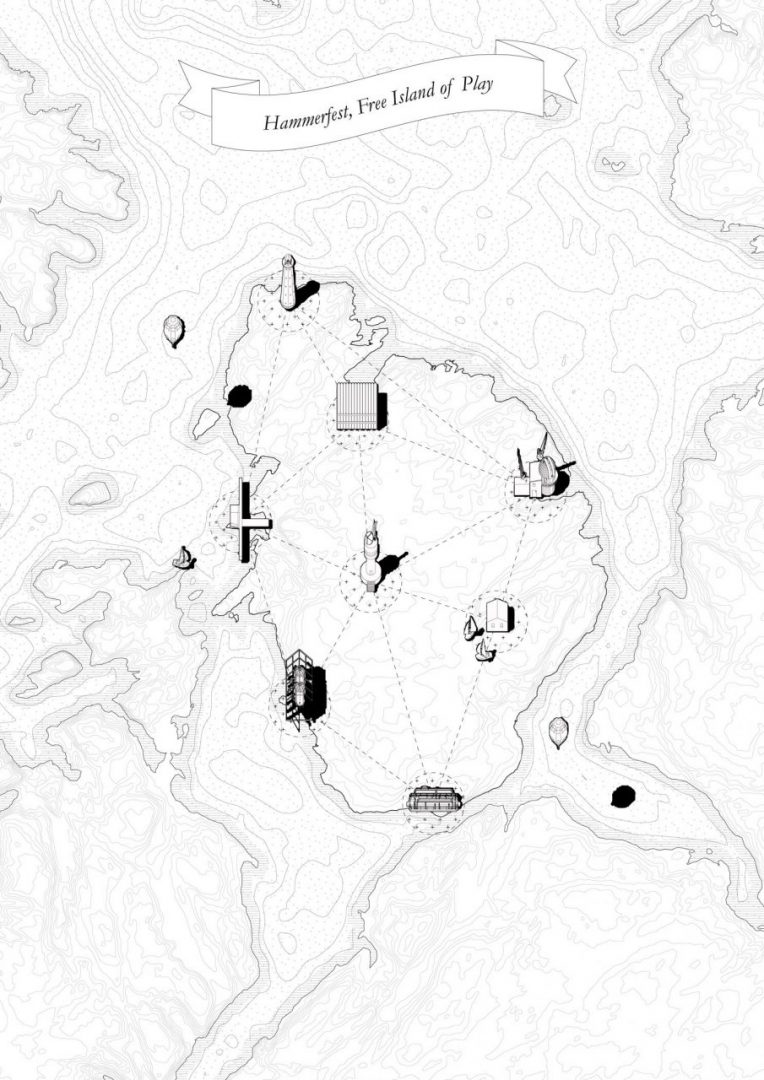 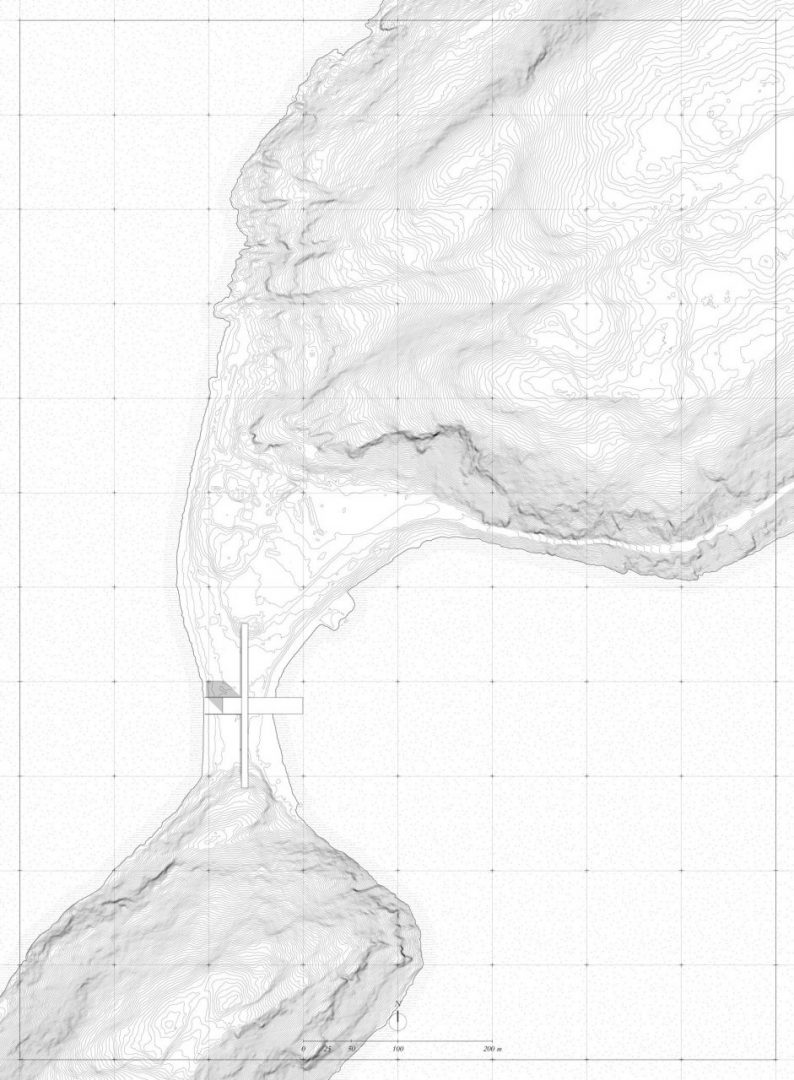 The explosive decentralisation of production and distribution suddenly wipes out the city, the core centre of our consumerist lives, and promotes the return to the landscape, where new pillars of society are established. On this island of utopian playground, individuals are now fully capable of engendering the shape of their existence, clustering around the ludic elements and interacting with each other in playful activities, while machines take care of their fundamental needs. Among the elements, the Theatre represents the highest form of play and, therefore, the most essential component of public life. 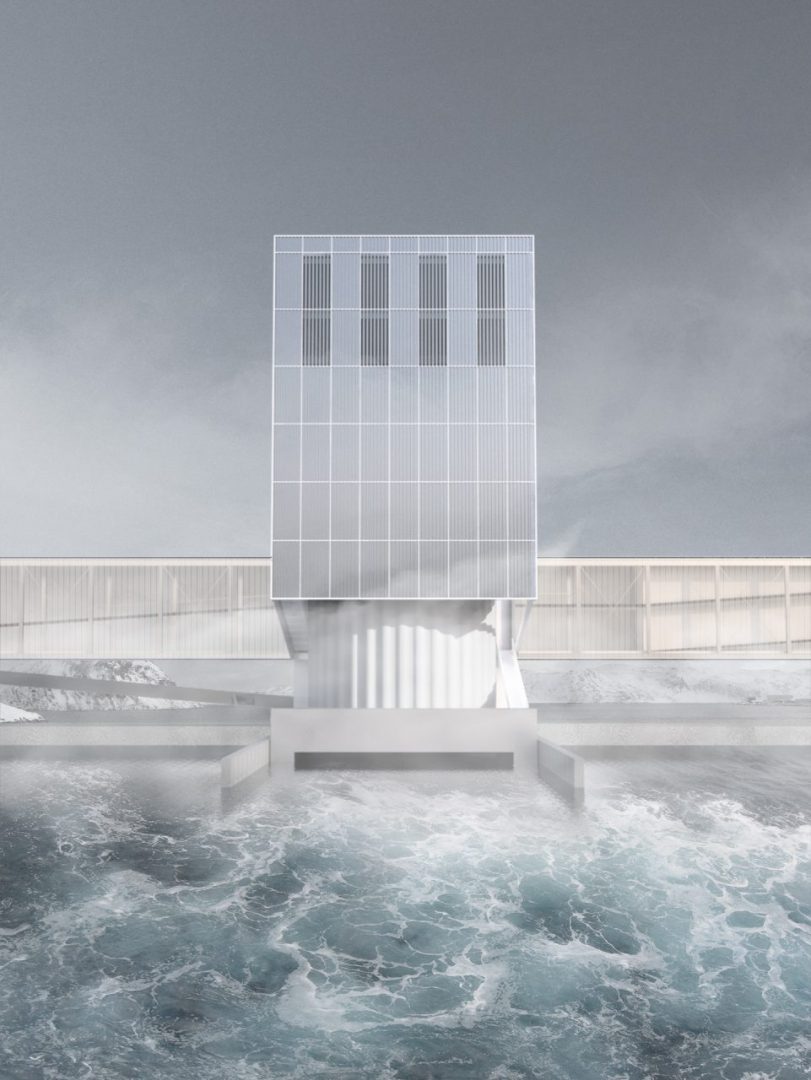 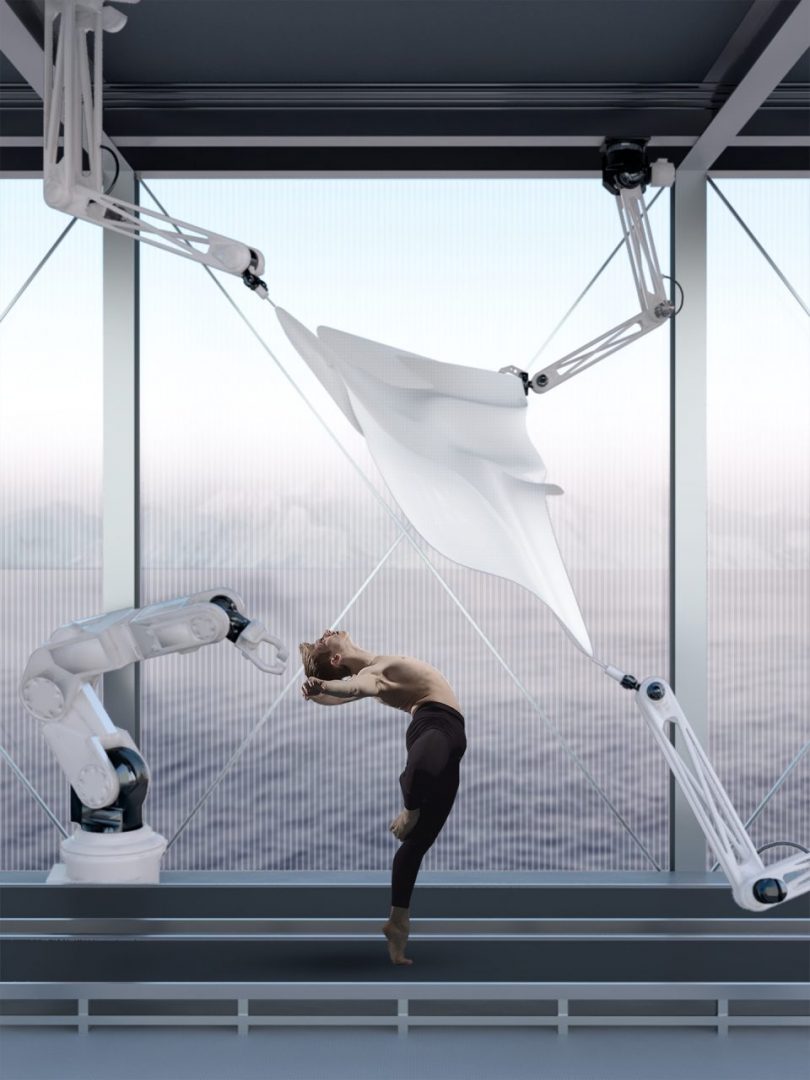 Facing the growing automated port and the perished city, the machine of the theatre is a bridge between land and sea, on the particular conditions of a site that constantly changes under the cyclical variations of the tide. In front of the spectacle of automation, that took agency away from humans, a new kind of theatricality is needed.

Since the demise of labour invests anyone with the possibility of becoming actors of the play, the sense of spectatorship itself is questioned. Far from the optical relation of the theatron (sight), that has so far embodied its cornerstone, the theatre has now to be subjected to another relation, suggested by the word drama (action), thus endowing the becoming performative of production. The Theatre of Automation is therefore a social endeavour, aiming at bringing the theatrical performance to the level of a collective form of life, where the role of the spectator merges with the one of the actor. 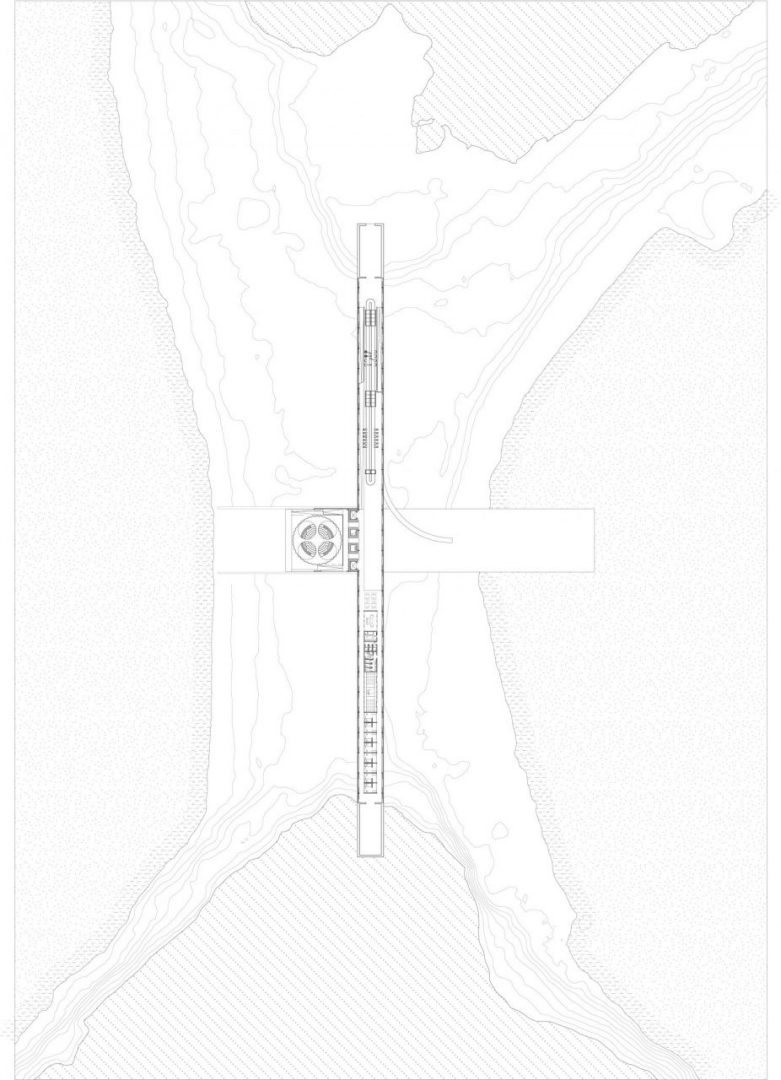 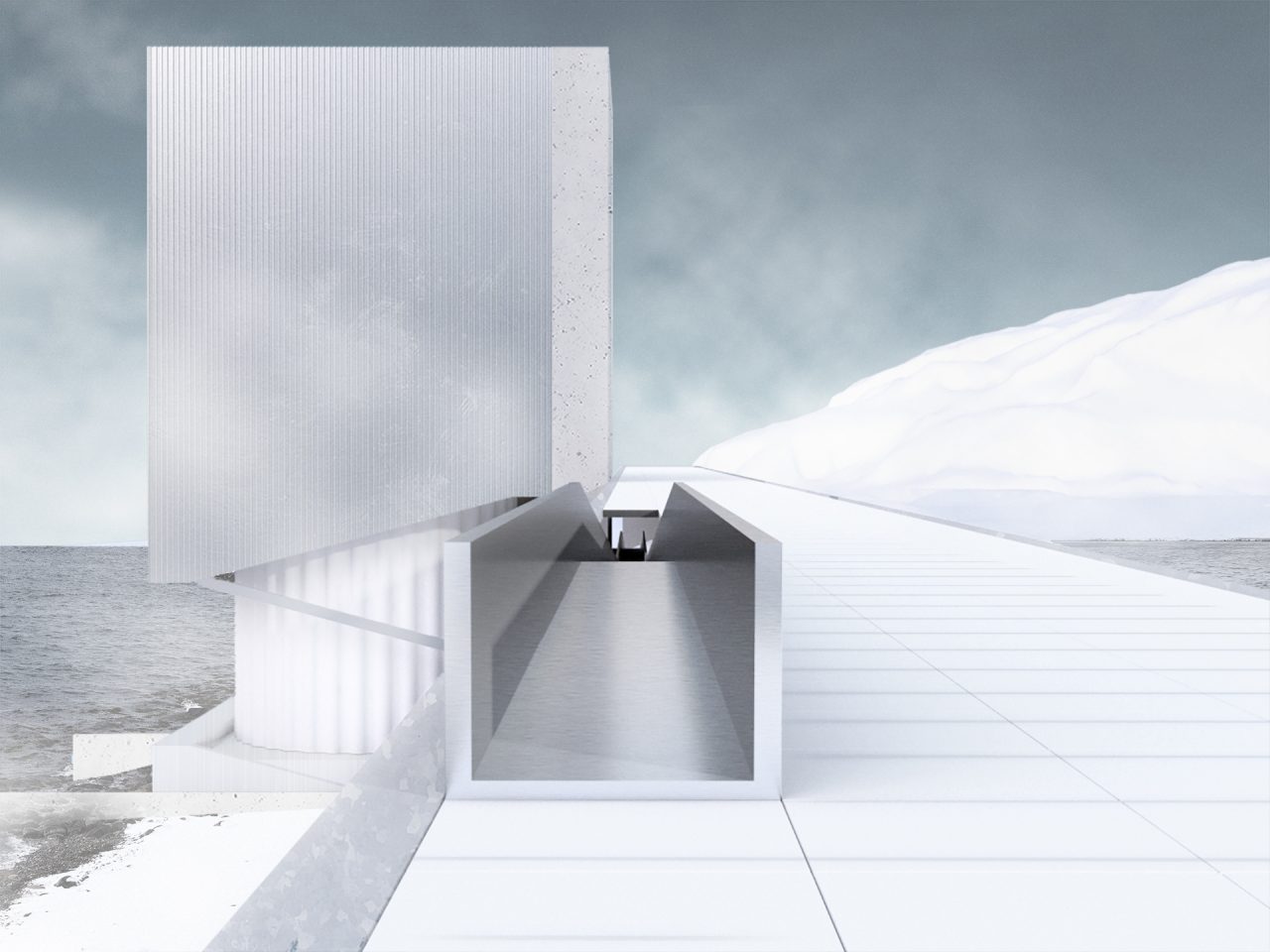 The floating platform of stage moves underneath the fly tower, according to the tidal movements of the sea, while four seating-podiums rotate moved by the waves, constantly reshuffling roles and parts. Any performance is indeed an ephemeral condition between the many possible stage configurations through which the landscape is unveiled, as a fundamental dramaturgical act. 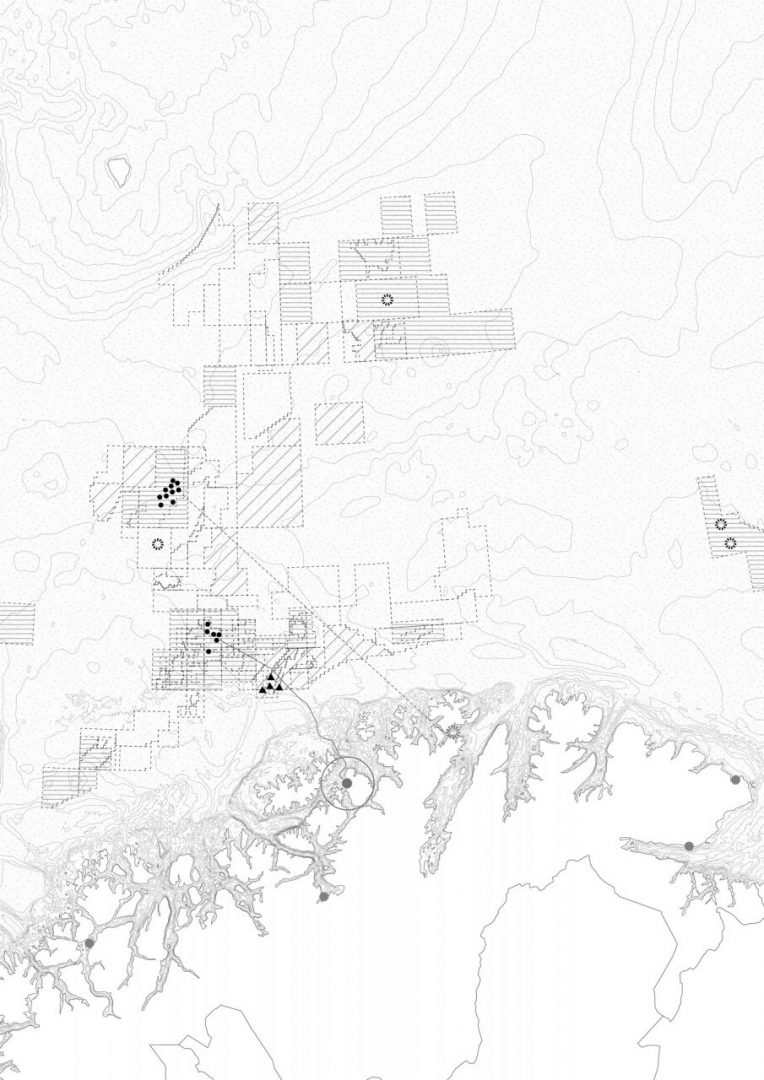 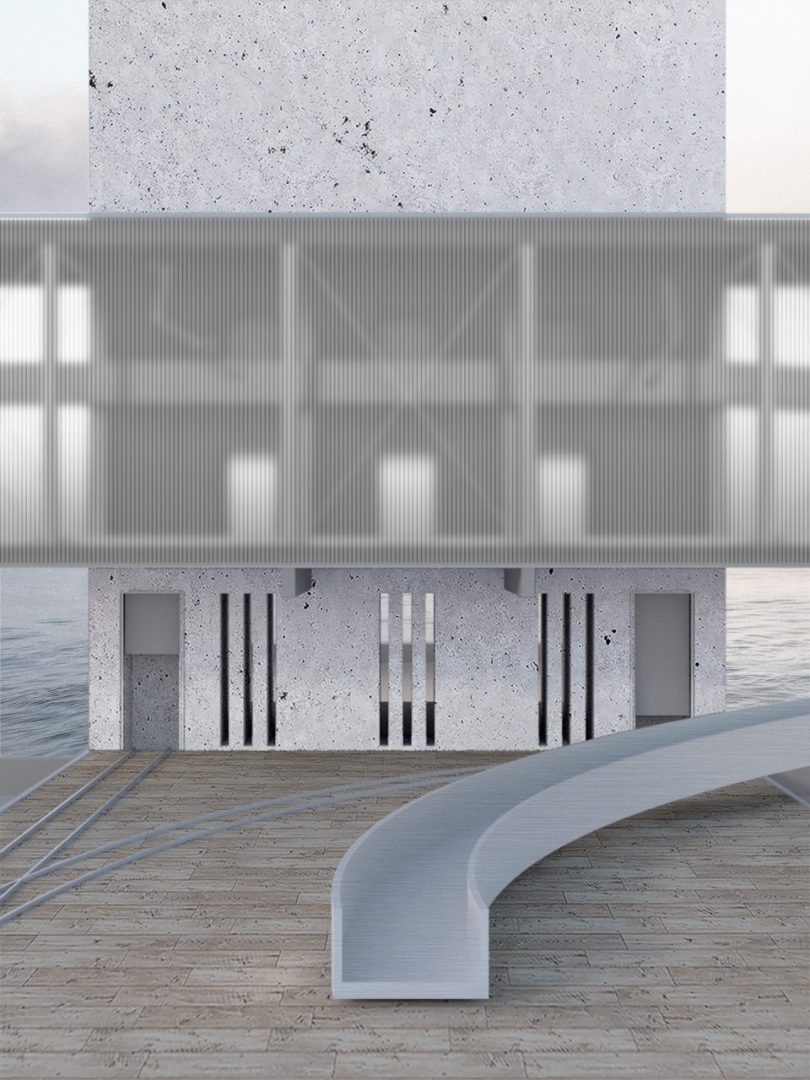 In other terms, the machine of the theatre takes active part in the transformation of the site, unfolding and accelerating the artificial manipulation of the territory at the hand of technology. As an act of formation, first, of physical, cultural and ultimately political nature, the Theatre measures the pace of changes, interpolating the urgency of human artifex with the rhythm of natural systems.When climate change and sea level rise will set the eventual limit of the Machine, interrupting its floating dance on the tides, the Theatre will come to its final act. Rich with the collective memory of the site, it will close its stage and set sail towards new destinations, bearing the paradigm of a new society, on the threshold between human, machine and nature. 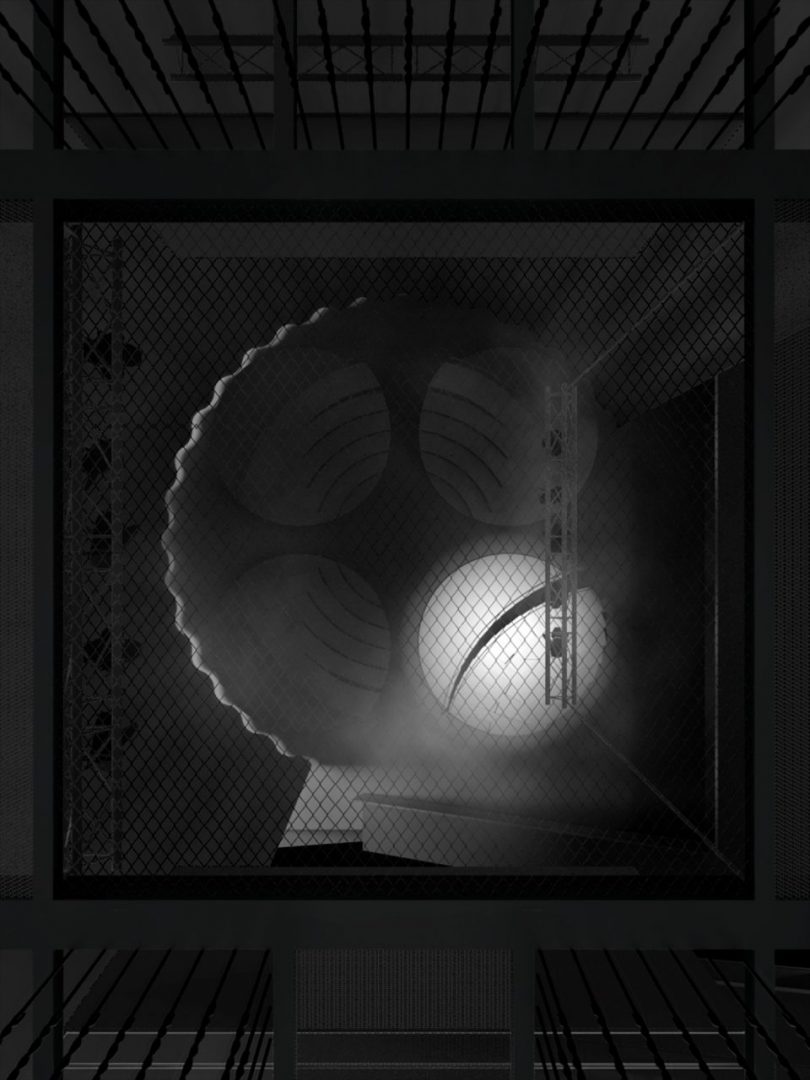 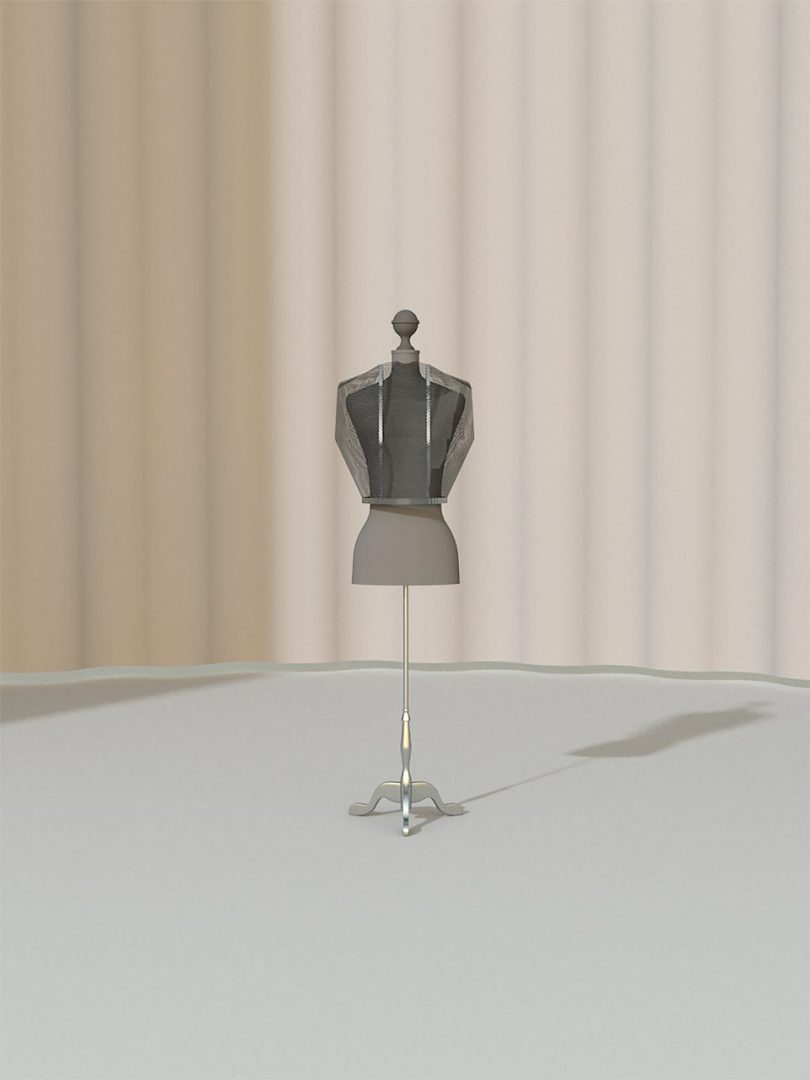 Gioele Colombo is an Italian architect currently living in Rotterdam, where he recently joined OMA. He graduated from TU Delft in July 2020 with a Master Degree in Architecture and his graduation project “Gizmo” is currently running for the Archiprix Pre-selection at the same Faculty. Before that, he completed his Bachelors at Politecnico in Milan, where he gained his first professional experiences in design firms.

The co-existence of project and research, through the lens of design exploration, is an aspect that he values as essential for the role of the architect, with the firm conviction that progress is conceivable only through critical thinking. Architecture should allow interpretations of individual understanding of the world, so that it can tackle the different challenges of future conditions. 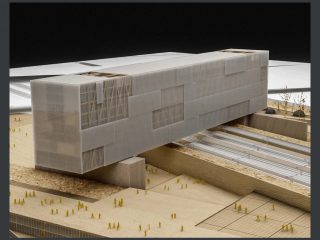 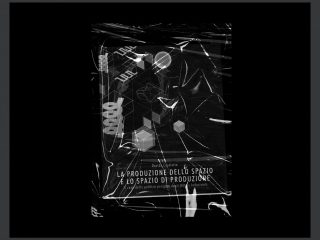 Next Project (n) The production of space...